Today, we're celebrating the victory in having found the Lord's provision to complete the study of the thematic structure of the 20th chapter of John! What a H U G E blessing it is!!!

John 20:1-18 - The Resurrection and the Scene at the Tomb (Interactive)

Secrets of Revelation 12-14 and the comfort of the Truth, the GREEN Phase, etc.

Bob and Aaron survey recent posts and talk about the GREEN Phase.

We feature the updated interactive study of Revelation 12-14, exposing some of its secrets.

We give our attention to the comfort of The Truth in the present trials of our time.

Secrets of Revelation 12-14 and the comfort of the Truth, the GREEN Phase, etc.

The official video for Harry Styles' "Watermelon Sugar" is another example of Code 54-Watermelon Love symbolism. 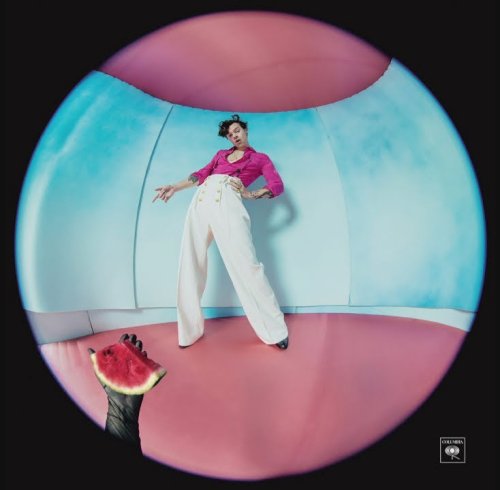 If you read through the comments left on the viral YouTube video it's obvious to many that this is really about sex.

Some inspiration might have been taken from this scene from 1993:

What none of the Watermelon Sugar commenters seem to have grasped is that there is much more to this watermelon bit than melon-breasts and "love" juices - and some of it is really very dark and disturbing. 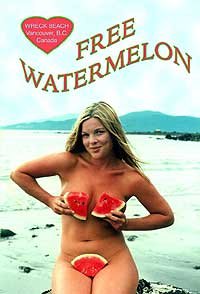 This song and music video puts some of that on display too, but in a more subtle fashion than some of the other material we have covered.

If you are familiar with this 11 part video series called Watermelon Love & Code 54 you will probably recognize many of the same elements in "Watermelon Sugar." That music video features another layer of symbolism that we have actually been exposing for several years; ritual sodomy. For more info, we recommend this blog series: The Sodomite Gateway. There is also a layering of symbolism that makes this very evidently a space-time ritual, with some Code 88 and the setting at the beach, the shore.

The video begins with this title screen: "This video is dedicated to touching. May 18, 2020"

During the Covid-19 season of "social distancing" that makes sense, since there's plenty of intimate contact in the music video.

The breakfast scene features the color orange, a color used to signal ritual sodomy. Orange juice, orange tablecloth and effeminate orange shirt. Wearing sungl-ASS-es, naturally. He's wearing pink nailpolish, singing "tastes like strawberries." Hey - if it's about watermelon sugar then why sing about strawberries? The strawberry is slang for the anus, an abused anus. That's a gross breakfast, and that's the way of sodomite ritual.

Watch the video and you'll see these elements being featured:

These elements are what we call Code 54 because of the values of the letters in the words. You can use this app to look them up. Occult Code (Gematria) Calculator App 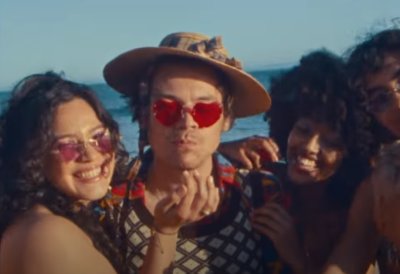 We believe some words have to be considered code 54-ish, because it is the "mean" value.

There is a pedophile angle to Harry Style's flamboyant style because the red heart sunglasses is a Lolita symbol. "Pedophile" is Code 54, as is "sunglasses Hearts" and "red."

"sugar" and "gay" are code 33. The stylized heart shape of some of the sungl-ASS-es is a butt shape. 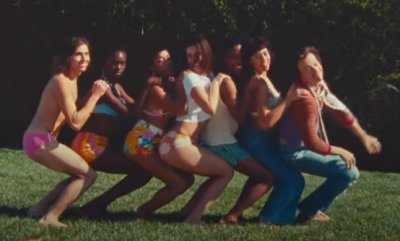 At 1:02 a woman is sitting on the beach with a watermelon pressed up against her crotch. This is two things. One, she is pleasuring herself in way that caused some viewers to recognize the watermelon-as-vagina metaphor in their comments. Two, she has just given birth to the watermelon-as-baby. This is a reproductive ritual that layers up several code 54 elements, watermelon, vagina, red, navel, and the code 54-ish, nailpolish.

The worst of the offensive song and music video has to do with the watermelon sugar high that Harry sings about, which he can't live without. This is not simply about orgasmic pleasure, or homosexuality or even pedophelia. Remember, the woman gave birth on the beach to a watermelon - which they were consuming ecstatically! It's an energy raising and harnessing ritual. Watermelon-as-baby. What we see in "Watermelon Sugar" is a party where people are experiencing orgasmic ecstasy while eating watermelon-babies. Watermelon sugar high is a reference to the extreme high attained from ingesting adrenochrome which is the adrenaline-rich blood and flesh of traumatized victims. If this doesn't make sense to you or you find it hard to accept this interpretation, we recommend watching all the videos in the Watermelon Love series. Pay close attention to where little Jimmy turns into a watermelon - and the other children eat him up. See the entertainment industry for what it is - as real magicians plying their trade as they harness YOUR energy toward their selfish ends.

Aaron sent me an email saying, "I thought that this was an onion-type hoax like satire site at first but it is apparently legit. The United Nations creating a website with NWO in the address and the first page says "lets take back our planet."

He continued to look into this to make sure this isn't a spoof. "There are folks making videos about this, writing articles, etc. If it is a spoof - they are getting just about everyone on it. If this is not a spoof, then this just proves that they truly believe they have this in the bag and are putting the NWO right in people's faces as a GIGANTIC middle finger to us all - and especially to The Most High God. Won't they be surprised when He lays down his unbeatable hand that He has been holding onto since the game began? After all, He invented the game!"

Aaron also noted these, which gives the factual nature of the news the legitimacy of big press.

Finally, Aaron added: "Here is one more site with a video detailing it. The guy who made the video also thought that this was fake when he first saw it and has compiled a rather impressive list of links at the bottom of the page. The "in your face" nature of this and what they are doing at this stage speaks to me of them preparing to unleash the "real" measures they have been pushing for and preparing for so long now.

The NASCAR 666 "love-fest" at Darlington

In this season, signs of the approaching beasts and the mark of Revelation 13 are abounding. Here's some observations on a cluster of symbols that have to do with NASCAR's recent return to on-track racing. 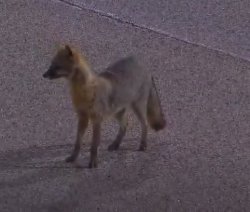 This held special interest not so much because my favorite driver unexpectedly returned to the Cup series after being "retired" twice, but because, after stalling at 665 it brought his tally of Cup races up to 666! 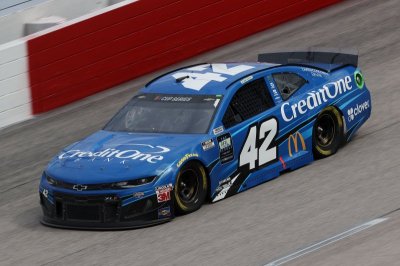 The Cup Series is currently known as the Monster Energy Cup Series, and their logo is a 666 because the letter M is easily recognized as vav vav vav, with vav being 6th letter in the Hebrew alphabet.

The second of the 2 races was shortened by rain. Water as time!

A Darlington race "time travel" connection: "The town plays a major role in the season 2 episode "The Darlington 500" of the NBC series Timeless. In the episode, Lucy, Wyatt, and Rufus travel to September 4, 1955, to stop a Rittenhouse agent from destroying the Darlington 500 with a bomb, which would allow Rittenhouse to take over the American Automobile Industry." (https://en.wikipedia.org/wiki/Darlington,_South_Carolina#In_popular_culture)

After the cars had pulled off the track that was shortened by rain, a fox came out onto the track - and that got everyone's attention. Again, FOX is 666. (https://russianmachineneverbreaks.com/2020/05/20/a-fox-ran-onto-the-track-during-a-caution-at-nascars-darlington-race/)
(https://youtu.be/r5mulLhsjig)

That event resonated with the track history. Here's what the announcer, Mike Joy, said. "“We’re on FOX, FS1. I mentioned Lake Marion (right by the race track). That’s named for Francis Marion, the Swamp Fox of the Revolutionary War." FOX-666, the little animal on the track, the broadcast network, and the character the lake was named for. The track itself is closely related to the lake because of the circumstances of its building.

"It is of a unique, somewhat egg-shaped design, an oval with the ends of very different configurations, a condition which supposedly arose from the proximity of one end of the track to a minnow pond the owner refused to relocate." (https://en.wikipedia.org/wiki/Darlington_Raceway)

With that influence in view it could be said (howbeit, loosely speaking) that the egg-shaped track bears the mark of the (swamp FOX) beast.

The track is known as "the lady in black" - a rather ominous title. 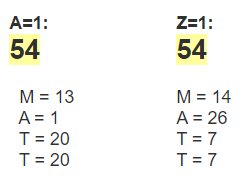 Drivers named Matt would seem to be a good fit for a partnership with VW, pitching ED-related products, or, like Ross Chastain, watermelons?

Our video playlist for "Watermelon Love"
Posted by Bob Schlenker at 9:18 AM No comments:

Four years ago, this 13 episode final season of the show that revolved around a fictional war of the AI gods put our current reality on exhibit in a BIG way!


Curious about the pending reset of time? See The Pending Reset of Time - The Essential Guide
Posted by Bob Schlenker at 1:55 PM No comments:

What do you know about the mark and the TWO beasts? Revelation 13 (the updated interactive version)

Is what you think you know about the mark of the beast valid? Bob and Aaron present the remarkable text of Revelation 13 in a way you probably never considered before.

What do you know about the mark and the TWO beasts? Revelation 13 (the updated interactive version)

When Will the Lawless One be Revealed? (Bride Sign- Pt 2)

Is taking a vaccine the same as taking the mark of the beast? Plus many relevant talking points.

In this video, Bob and Aaron talk about:


How many of the various mostly contradictory claims being made about today's threats are legit? I know 5G is definitely necessary for the evil plans to be fulfilled, but I can only say that, where there's smoke, there's fire, and the purpose being served by all this deceptive and deadly action is driving us (humanity) closer to the point of demanding the beast and his mark for the sake of salvation. The Most High God's plan is to bring us all to the point of decision. Pick a savior, and choose wisely.

Is taking a vaccine the same as taking the mark of the beast? Plus many relevant talking points.

"We'll know our disinformation program is complete when everything the American public believes is false."
William J. Casey (Director of CIA 1981-1987)

"The more we do to you, the less you seem to believe we are doing it."
Josef Mengele

Curious about the pending reset of time? See The Pending Reset of Time - The Essential Guide
Posted by Bob Schlenker at 1:58 PM No comments:

In this video, Bob and Aaron Talk About:

Tom Hanks' 2020 Commencement Address to the "Chosen Ones" (graduating class of the Department of Theater, Dance and Motion Pictures) with a peculiar focus on this pivot of TIME

In this video, Bob and Aaron talk about: