Keys to Developing a Hearing Ear - Now on video!

We're excited to announce the availability of another video, with Aaron Hermann reading one of our all time favorite studies.

We hope to be able to supplement this with other video soon, Lord willing. Thanks for your notes of encouragement. We pray that this effort will pay huge dividends as the Lord draws you near and nearer, as the Bridegroom to His Bride!

Bob and Aaron
Posted by Bob Schlenker at 4:12 PM 4 comments:

A couple days ago, news was published about a Christmas commercial accused of containing Neo-Nazi codes. This came to my attention when I visited a friend's YouTube channel, dumbbell33. He linked to the news page for Australia's 9 News, titled German supermarket denies neo-Nazi code in Christmas ad' The codes they found were in the fake licence plates seen on 2 cars that appear in the commercial. I call attention to those and others, and some other Occult symbols in this video I published to our YouTube channel. The commercial has Neo Nazi codes 14-88, 84 and 39, and loads of SS! I don't call it out, but you will find Monarch/ MK-Ultra imagery too.

Sometimes, reading is just not an option. For those times, we've launched another format, with Aaron Hermann reading studies on The Open Scroll.

Okay, yes, it's video, not just audio, but you can just enjoy listening or convert these to mp3 for listening on the go.

** Update ** All 3 parts of the study called Who is Cain's Father? are now published to our YouTube channel.

Who is Cain's Father? on The Open Scroll (playlist)

Lord willing, more of these will be produced.

We are so grateful for the support we receive in sponsoring this effort; your prayers, the encouragement in word and funding. God is so good to us! An extensive ritual recently closed with a symbolic closing of a door at the Vatican. Ominous, yes? Here's one Catholic description of what you're looking at in the official branding. There, you'll find this description.


“The motto, “Merciful Like the Father,” (taken from the Gospel of Luke, 6:36) serves as an invitation to follow the merciful example of the Father who asks us not to judge or condemn but to forgive and to give love and forgiveness without measure.

The logo features Jesus, the Good Shepherd, taking upon his shoulders the lost soul, demonstrating that it is the love of Christ that brings to completion the mystery of his incarnation ending in redemption. The image, created by Jesuit Fr. Marko Rupnik, shows that while the Good Shepherd, in his great mercy, takes humanity upon himself, his eyes are merged with those of man. ”
Here's another Catholic interpretation and here's the official website.

Every communication put out by the Vatican has to be reinterpreted. You have to decode it to discover what it really means.

Can you interpret this Occult image?

UPDATE: Our decoding work was made into a video.

When we mention a pending time reset, we know it seems really fringe to some. For many, even those who have been following this blog pretty regularly, it's still pretty hard to get the mind wrapped around. We always get really excited when the Lord shines more light on how this is a reality and part of our hope, especially where it's found in the Bible! And we're really excited to announce that we just updated a page that was added to theopenscroll.com fairly recently and added a new one with some fresh insight into the pending reset!

These are both in the collection titled, Beyond the Veil. You'll want to read this one first, The Keystone Pattern - Three Things Then the Fourth, and then this one, Indications of a Time Reset in the Keystone Prophecies.

Shabbat Shalom - and blessings in Y'shua!

Bob and Aaron
Posted by Bob Schlenker at 1:16 PM 3 comments:

This pic surfaced recently in the midst of a lot of controversy. It's John Podesta with 14 and a fish drawn on his palms. 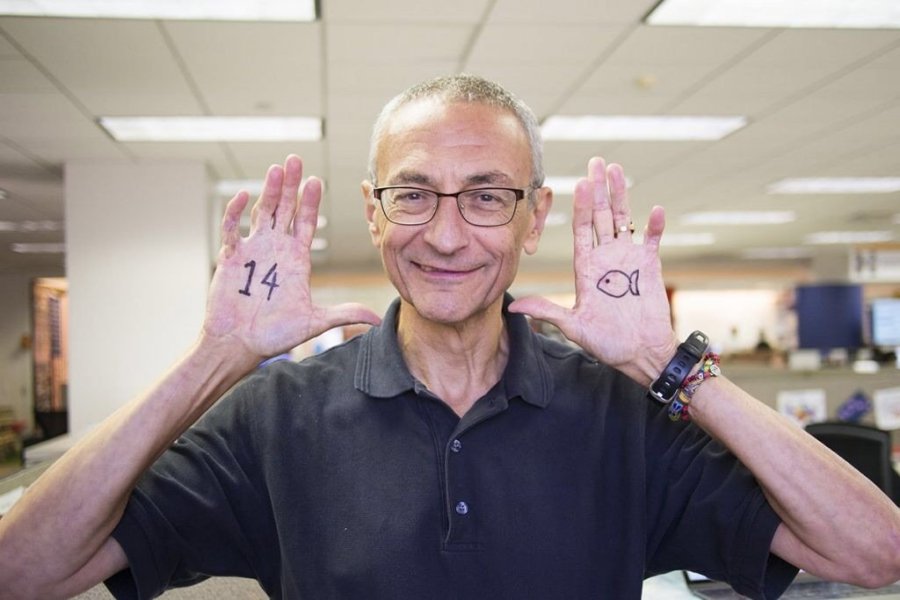 As the story goes, Osiris was killed and chopped into 14 pieces. Isis was able to retrieve 13 of them but the penis was lost, eaten by a fish. She substituted another phallus and magically used it to bring forth Horus, from dead Osiris. 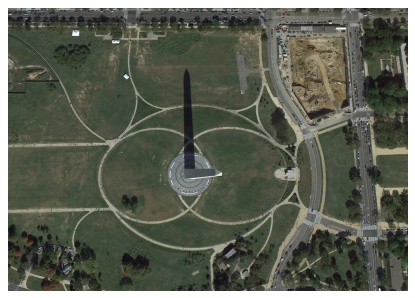 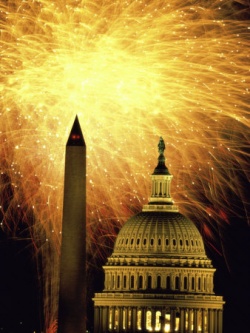 Hillary's 2016 campaign chairman has long been a Washington insider. He was Bill's chief of staff. I have no doubt that he understands and practices the secret religion of the Federal government, which is that of the illumined global elite. The iconic Washington Monument is the world's largest obelisk. This is what John Podesta is signaling, in part. The vesica piscis figure seen around the giant phallus of Osiris is the divine feminine (Isis), and that fish-phallus. 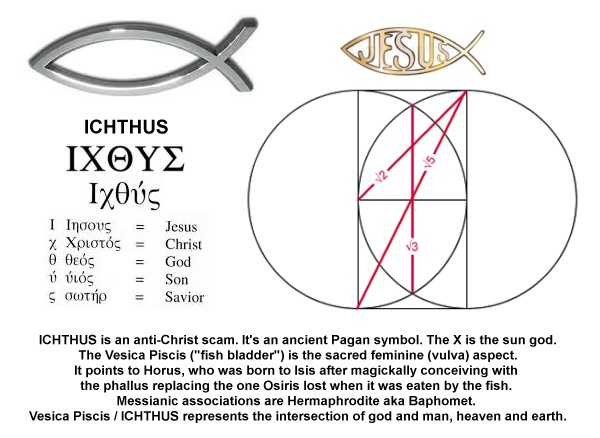 A figure formed around the Washington Monument is also known as the ICHTHUS.

On this theme, the drawing of this code on his palms speak to me of the phoenix palm.

It's a symbol of victory over death, as in how Isis raised dead Osiris into her son Horus, after magically fashioning a phallus to replace the one that had been eaten by the fish. In a parallel legend, Apollo (akin to Horus) was born to Leto as she clung to the phoenix palm on the magickal isle of Delos.

With his hands in that position, John is signaling a squared circle, framing his round face as inside a square. The grid of ceiling tiles completes the square. This form is linked to Freemasonry (squaring the circle as an adept with a square and compass) but this is really a sign of the act of sodomy, a ritual act through which he was very likely illumined and initiated into the ancient sun cult. It's been nearly 4 months since the last installment in this series was published - we've been busy! Like in Part 8, we give the British film called “FAQ About Time Travel” some well deserved attention. There's a wide range of subtle instances of the pairing of time travel and sodomy programming that we expose in this installment. We also give attention to some of the celestial stargate and trauma-based Illuminati mind-control programming cues we found woven into this unassuming Occult film, which openly draws upon and gives tribute to so many science fiction classics of this era. Due to blocking polices relating to content rights claims, this “Fair Use” video is not expected to be available for viewing on our YouTube channel.

The Open Scroll for the Nations

We'd like see The Open Scroll become more accessible to our brothers and sisters in Christ who don't read English. Can you help? Is there a study or a post that has touched your life that you would like to translate - or to see translated? Let us know. theopenscroll@gmail.com

A small work has already begun, Le Parchemin Ouvert. When there is something substantial to publish, we will give notice, Lord willing.

Are you familiar with the parables on the talents and minas in Matthew 25 and Luke 19? The lesson about what is expected of us as stewards is sobering. This is not a matter to be taken lightly.

The following passage also speaks to me. It's a dramatization of MKULTRA/Monarch programming, the triggering of a "secret agent, sent on a mission to assassinate a target. The short film stars Margaret Qualley. Directed by Spike Jonze.