The Implantable Microchip in your future

A couple days ago I mentioned how PositiveID had quietly announced a new partnership that advances the implantable microchip toward "mark of the beast" readiness. This must be seen as a giant step. Joseph Herrin is one who sees how significant this is (See Parables blog), but who else has noticed and is sounding an alarm? Is CNN, Fox News or Matt Drudge?

I'm noticing some attention being drawn to the new Missile Defense Agency logo, which is a good thing, but really the latest PositiveId partnership with FIS is bigger news by far!


PositiveId has a broad spectrum of features available to their chip through their continually expanding array of partners, acquisitions and other corporate relationships. IBM is involved and has been for a long time. You've heard of them, right? One relationship that should grab your attention is the one with Raytheon Microelectronics España (operating as "ELCAN Optical Technologies"), which has been contracted to manufacture their chips. Who are they and why should we care? Here's an excerpt from ELCAN's Customer Bulletin dated October 6, 2009.


"The Raytheon Company, with 2008 sales of $23.2B, is a technology leader specializing in defense, homeland security and other government markets throughout the world. Raytheon provides state-of-the-art electronics, mission systems integration and other capabilities in the areas of sensing; effects; and command, control, communications and intelligence systems, as well as a broad range of mission support services."


If you look around Elcan's site, you'll find this on their "Defense & Security" page.


Around the free world, every major battlefield platform critical military observation and targeting system has assemblies and/or sub-systems manufactured by ELCAN. ELCAN supplies mission critical components to every major military subcontractor in North America and Europe.


Leading defense contractors turn to ELCAN, for their unique understanding and experience with advanced optical systems, to solve customer challenges. Some of the greatest advancements in infrared imaging, digital display technologies, optical guidance, airborne sensors, observation, and targeting systems are founded on optics by ELCAN.


If you click from that page to their North American Market page you'll find the following.


"North American customers choose ELCAN because we understand the diverse demands of military engagement and the need for components to perform flawlessly in all defense and security applications.


ELCAN works with many defense industry customers as well as governments around the world.


From one program to the next, ELCAN customers have come to rely on our ability to deliver consistent and proven production. For defense and homeland security, ELCAN provides unprecedented sensor and display components for: airborne, missile, tactical, naval and man-portable systems and sub-systems.

This puts a whole new level of !OMG! into Scott Silverman's declaration of "We will blow up his *ss whenever!" You can hear the CEO of PositiveId say that when you play the video I posted recently (The man behind the microchip implant leaks shocking truth during interview).


Let me offer some perspective on the meaning of this relationship between PositiveId and ELCAN. Do you see the implicit threats here? If a microchip implant is ever implemented by those engaging in such activities at the present time, who could resist the will of those who direct the programs? Well, the implementation has already begun, my friend.


I'll cut right to the chase. If you're not yet right with the Lord God of Abraham, Isaac and Jacob and able to hear, recognize and obey the voice of the good shepherd, His son Y'shua, this should rightly strike terror into your heart! The evidence that there is a grand conspiracy is all around you. There is an enemy of your soul and he has been building a net to enclose you and I as a trap. One way the Bible refers to this net is as a global Beast system whose control over individuals is through what is called the mark of the beast. The chip is a key element in that mark.


Let's be clear headed about our response to this knowledge. The momentum building towards the implementation of the microchip implant is not something that will be stopped by grass roots movements or legislative efforts. The coming of the beast and the implementation of his mark is appointed for a season and the sovereign God's agenda will ultimately be served in it. It will come right on schedule. My interest in this is as a watchman, according to the Lord's direction to watch in Mark 13:37. My interest in declaring it is to save souls, speaking not as a salaried evangelical salesman but as one appointed for such a time as this to call attention to the near approach of an enemy with weaponry both deadly and deceptive. See the enemy approaching! Grasp the reality of this situation! Can you claim to love God and love your brother and keep silent about this threat? I can't. 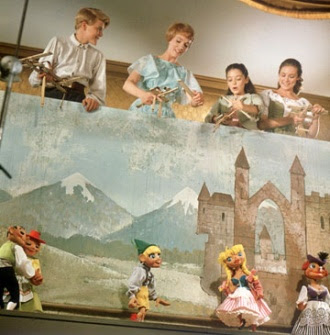 I'd like to address the nature of this conspiracy and offer some perspective. Most folks tend to see life as if it were a marionette show, focused on the drama of the stage show but failing to consider that another directs the activity from above. (Ephesians 6:12 ... "we wrestle not against flesh and blood, but against" ... a hierarchy of spiritual entities with appointed domains of authority) When Scott Silverman is heard in the surveillance acquired through hacking into the reverse speech channel saying, "The bore will enslave! Am not I at risk?" why should we doubt the truth of it? When Lady Gaga is heard, while enchanting her adoring assembly, reverse-speaking, "So, thank you, President, you are a Nairf! You're closing the net. When we're all connected, You are enslaved. Believe me, you are!" should we doubt the veracity of her statements? When the President, whom she acknowledged as a Nairf (reverse-speak for "boss," referencing the relevant authority of Ephesians 6:12), is heard during his inaugural acceptance speech reverse-speaking "I was their first Nabu. I built Babel. Her slaves thee!" should we imagine that it might be just some weird coincidence that the noise coming out of his mouth just happened to sound like that? He has declared himself to be a Nairf, and so has his second-in-command, Rahm Emanuel. These declarations are each consistent with biblical declarations, the testimony of many other historical writings and artifacts, and our present reality. There are a few knots that remain to be tied before the net that encloses you and I is closed off. This won't happen tomorrow but the pace of knot-tying suggests that it's not far off.


The activity we see as the puppets in the staged show dance, jostle and sing "High on a hill was a lonely goatherd" is all very entertaining, but let's consider it in the greater context. The nature of this conspiracy is first spiritual, directed by Satan as commissioned by the sovereign Lord. While Satan can pull no string my Heavenly Father does not permit, make no mistake that he is no friend.


When the mark of the beast follows the arrival on the scene of the two beasts of Revelation 13 some will look back to this day with deep regret and wish they had paid more attention now. Don't be that guy. Don't be that gal. If you can help it don't let your neighbor, or boss or uncle... How much evidence do you think you need before you can get someone's attention? Are you waiting for more? Don't make me cry. It may be that the Lord is calling you to get on-board with this. Your opportunities are better now than will be soon. Don't let shoulda-coulda-woulda be your testimony.
Posted by Bob Schlenker at 4:02 PM