Greetings! Will 2/22/2010 bring financial disaster for the U.S.? We'll soon see! I'm not eager to see it for trouble's sake, but such must come before my hope will be fulfilled.

Trouble is coming, and I'm not referring to the ultimate campaign of Armageddon. I haven't written much on timing issues recently, but Lord willing, I will soon. Some of you understand the importance of the Iran/Israel/U.S.A. relationship with regard to Daniel 8's prophetic fulfillment. I've been watching that situation with interest because it involves America's demise as a "Superpower," which has a huge impact on the whole world. As for when this event might come to pass I have very little insight, since I don't know how it links to anything about which I do have some insight about timing.

Last year, a crop sign that speaks of America's destiny appeared, discovered near Yatesbury in Wiltshire, U.K. on the morning of the 12th of June, 2009.

America's famous eagle is actually the mythical phoenix, a symbolic representation that is being publicized by Tom Horn and others who understand America's occult history. A burning phoenix is plainly pictured in the barley crop, the bird that, like the Osiris/Horus Egyptian resurrection god identities that are so obviously identified with this national entity, resurrects itself, burning then rising from its own ashes. According to Daniel's prophecies, understanding how America is the shaggy goat whose destiny can be read in Alexander the Great's lessons and also how the prophetic dreams and visions of many (like Dumitru Duduman) declare that America must burn, 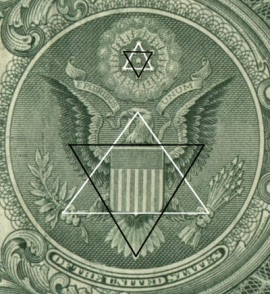 we should have every expectation that what is known today as America the beautiful is the national phoenix, appointed to burn. What will arise from the ashes is patterned after what arose from Alexander's, a new Selucid kingdom with its Antiochus Epiphanes, a little horn, the entities emerging that will shortly fulfill the roles appointed for "the Beast."


I've taken lots of notes about the year 2012, and written some about it relative to the London Olympics and U.S. Presidential election schedule. I'd like to weigh in on it soon because this year, based upon a series of revelation insight I've had and shared on theopenscroll.com for many years that goes beyond the Mayan long count calendar and myriad other indicators, marks an important transition. It marks the completion of 21 (3x7) years from the celestial sign marking the return of the Lord Y'shua in judgment. This passing of the third Shemittah brings us to the fourth, 2012-2019. I began looking to this Shemittah for the fulfillment of my hope nearly two years ago when, on the watch day of the sign for the church, the 13th day of the first month in the third year of the third Shemittah, the Lord revealed what I did not want to see from John 13, that a third rejection was required before the longed for season of acceptance would arrive. Unless you've been paying close attention for a long time this might seem like ramblings, but, Lord willing, more explanation will be forthcoming. You should know that some will know the schedule for Y'shua's advent, a dear truth that's well hidden. Will No One Know the Day?

Another video has been posted to YouTube, one that will probably not endear me to the promoters of the beast system: The man behind the microchip implant leaks shocking truth during interview

This video goes hand-in-hand with another I posted recently, (positiveID - HealthLink - you have been warned - which in some blog media may appear embedded below) which offers some insight into the microchip implant via the occult symbolism of the positiveID logo, leveraging a recent HealthLink (partnered with positiveID) TV commercial. This is part of an ongoing effort to expose liars and their lies, according to Revelation 2:2 and Ephesians 5:11. There are some who wake up out of their delusion and slumber, who hear the Lord's voice calling amidst the din of the destroyers' cries. I'm interested in these souls who will come late in the season (Matthew 20:14), who will yet become the Bride, which remains my own passionate goal and desire.


Some Links of Interest:

The Eye of the Phoenix: Secrets of the One Dollar Bill - Trailer

PositiveID , IBM, Verichip , and the Fourth Reich IBM corporate links to Hitler exposed. NCR, whose online marketing imagery is a major occult presentation, is liked with IBM. See more footage with Scott Silverman, the main man behind the implantable microchip

The Weird World of Occult America — How Mysticism Shaped Our Nation

How Movies Activate Your Neural G-Spot

I, virus: Why you're only half human

All humans are 'aliens from outer space', scientist claims

Above Top Secret - forum thread on The S From Hell"
Posted by Bob Schlenker at 9:36 PM