Between this realm and the heavens are boundary layers and bridging mechanisms. The realms are separated for good reasons that are appointed by the Creator. 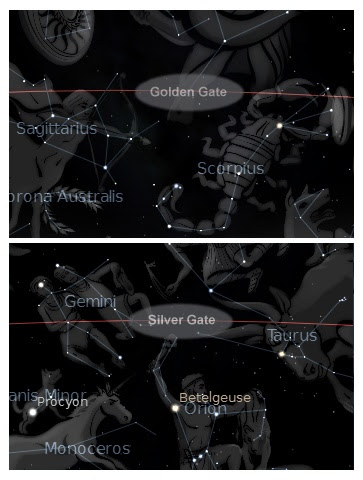 The doorways between them exist for good reasons, too. These bridging mechanisms are being called stargates or wormholes.

These dimensional portals are pictured in the Bible in various ways, with two examples being when Elisha watched Elijah ascend into heaven in a whirlwind, and when the disciples watched the Lord Y'shua ascend into heaven, being received out of sight in a cloud.

The sovereign Lord has control over the realms and access between them, by definition, but He has granted a season when these mechanisms may be exploited by the Adversary. This matter of controlling access between realms is critical to the ancient dragon's plans.

As with other aspects of his plan, even the great secrets of the stargates are darkly concealed in the ways of ancient times. While there may be some secrets that are locked away in private, there's an abundance of information that is widely available to you and I, hidden in plain sight! It's steganography, from one perspective, yet there is also a supernaturalism that provides further cover for the messaging system and a controlling influence to facilitate the objectives.

In not many months, ancient gateways to the underworld called the Golden and Silver Gates will be exploited in ways that will change the world. The work of this series is not to raise alarm through sensationalism but to prepare some among us for what's coming, because I understand some among us have a role to play, and there is, in this, something of a mission briefing.

If you're not familiar with the 7 part series on Crazy Kids, I recommend it as a foundation for this one. 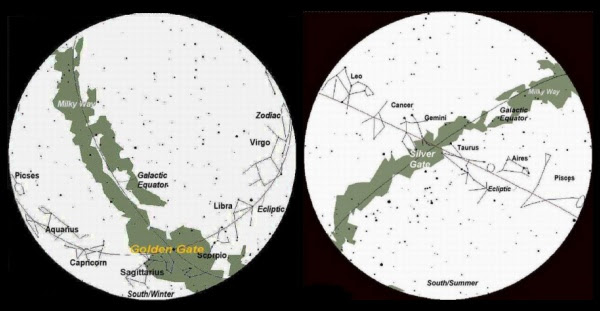 
Other posts on the subject may be found by searching the blog for, Silver Gate.
Posted by Bob Schlenker at 7:03 AM